In honor of Women’s History Month and International Women’s Day,  we asked members of our SHE community for their “woman crush” – a woman who inspires them professionally and/or personally. We will post these “Woman Crushes” each Wednesday in March.

My woman crush is Jeanette Kagame, the First Lady of Rwanda. As the First Lady, she has made it her top priority that girls and women are highly regarded by society. She started girls’ empowerment projects, mostly in education. She always encourages girls to become future leaders of our country. For example, now more than 60% of the Rwandan parliament are women, and First Lady Kagame did a lot to make this happen.”

My abuela (grandmother) married at 14 and raised five children who flourished into wonderful people.  She immigrated with her family from Mexico and worked on the railroad, in the canary as well as a farm laborer. She was the matriarch of her clan who cared deeply for her family and community by sharing crates of fruits and vegetables as well as her famous tortillas. She was an outspoken and tender woman with arms of steel. 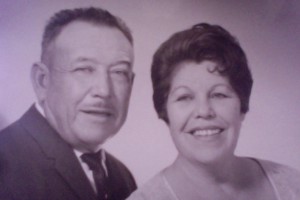 In honor of Women’s History Month and International Women’s Day,  we asked members of our SHE community for their “woman crush” – a woman that inspires them professionally and/or personally. We will post these “Woman Crushes” each Wednesday in March. 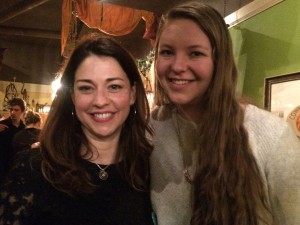 Our #climbforSHE leader Bella Wiener’s pick is Diane Luby Lane, the founder/executive director of Get-Lit whom she met while speaking about SHE and her upcoming Mount Kilimanjaro climb at the MUSE Women’s Conference.

“Lane’s LIT KIT curriculum has been adopted by over 45 Los Angeles County high schools and each year she produces one of the largest poetry festivals for teens in the nation. These women are truly inspirational because of their ability to share their messages with the world through such a beautiful form of art.”

“Ellen Johnson Sirleaf returned to her home country of Liberia to help rebuild with her community after a horrible war.

She became the 1st female Head of State in Africa and galvanized the global community to help in the rebuilding.”

“She has successfully litigated several cases expanding women’s rights as an attorney, winning 5 of 6 Supreme Court cases. As a Supreme Court Justice, she has consistently delivered opinions and dissents that uphold women’s and minority rights, and expand equal protection of the law to all.

And Justice Ginsburg has a sense of humor about herself – she not only delights in the Notorious RBG blog, she stockpiles a collection of “Notorious RBG” t-shirts and gives them to her friends!”

Want to read our blog posts from the early SHE days?

Check them out by visiting our BLOGSPOT